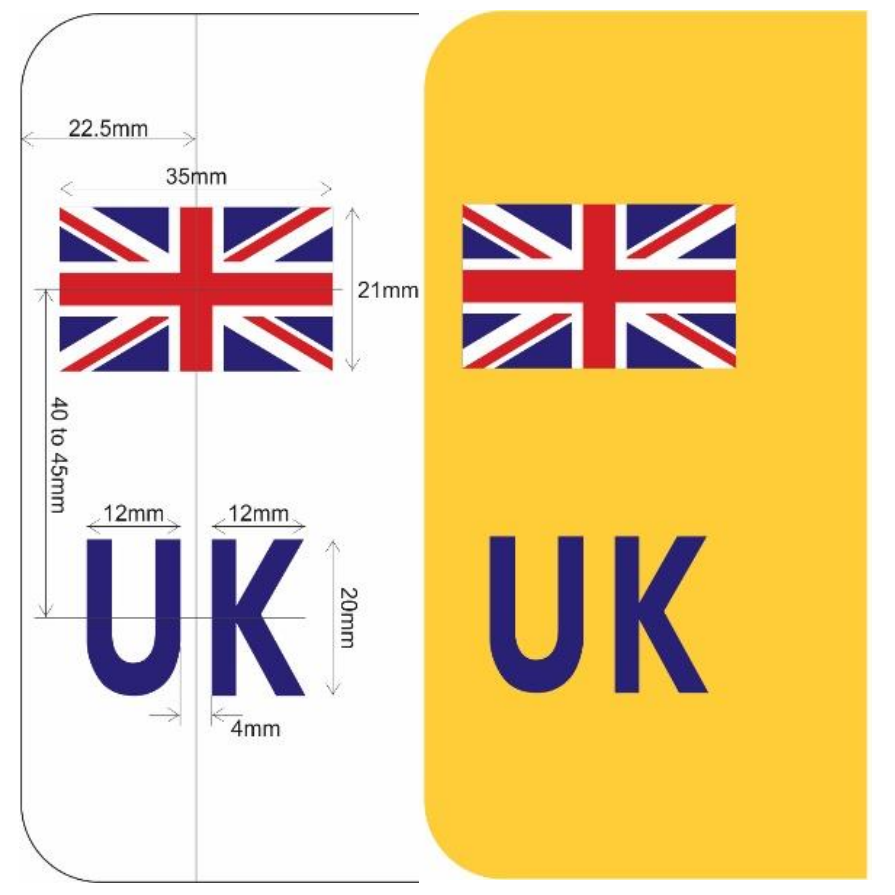 DfT welcomes the BNMA proposal for UK plates in order for them to be compliant with international and domestic law for the purposes of the display of the national identifier. They have confirmed this as being the default design and specification.

The specification for the UK flag plates was created by the BNMA, including the sizes, fonts, colours and layout of the flag, and is seen by the Department for Transport as the default design.

Like all other flags and flashes, the flag must be positioned to the far-left side of the number plate.

*Note: UK vehicles travelling in Spain, Cyprus and Malta must still show a UK sticker, regardless what plate(s) they have.

How can I obtain UK plates for my customers to drive overseas?

Can we still supply England, Scotland and Wales and Union Flag plates with GB initials?

Yes, these are still perfectly legal for driving in the UK, but are not a national identifier for driving overseas.

What if I want to drive overseas but don’t have or want a UK flag plate?

As an alternative, you can drive overseas with a UK sticker on your car. GB stickers must be removed and covered over.

What plates were previously allowed for overseas travel?

Letter from Department for Transport re UK flags